The Culprit is Lack of Courage 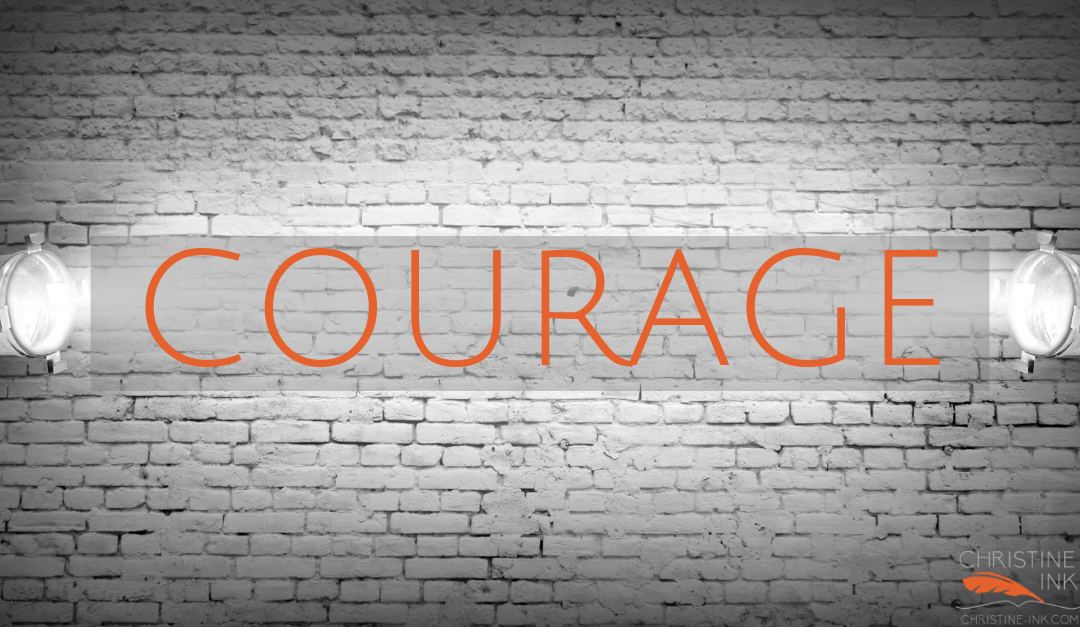 If all it took to change the world was a good idea, a constant hyperactive pipeline of ideas would be solving problems as quickly as we came up with them. These seismic shifts would be so commonplace that the earth beneath us would be in a perpetual state of vibration with the creation and implementation of world changing ideas.

So what’s the problem?

Certainly not a shortage of thoughts. Gather any group of people together, especially creatively inclined ones, and you’ll quickly learn that there is no shortage of ideas taking up space in people’s brains. What’s keeping those ideas trapped in people’s brains rather than being shaped and set free to change things in need of changing?

You might now be thinking of the most common culprits of ideas that go nowhere – procrastination, lack of follow through, lack of action and other tidy productivity oriented answers addressing the nature of human beings at work. But there’s an even bigger culprit at the root of ALL these reasons for having in idea (or story or message or lesson) to share but never doing so.

The culprit is lack of courage.

Strip away the sterile reasons that people give for not writing down the big visions in their minds, reasons like – “I don’t have time.” “Nobody wants to hear what I have to say.” “I just need to finish (XYZ) first” – and we might reach the truth: Sharing your story and ideas with other people is scary.

You know those thoughts we all carry around in our minds, secrets safely locked away in a mental box? Well the mere notion that you “might” write a book, threatens to expose the contents of that box. It opens the door to the possible question: Which stuff stays secret and which do I share with strangers?

The mere fact that you’re willing to even ask that question, instantly sets you apart. Most people never do, even when presented with the opportunity. But YOU are an author and here’s what that word means (and it’s beyond “someone who writes a book”).

An author is someone with the courage and audacity to speak their truth. It’s someone who will contribute their words and ideas to the world’s permanent record – to the global legacy of humanity’s existence. It’s someone who speaks what others may only think privately in the darkness of night. It’s someone who motivates and inspires change, one sentence at a time. It’s someone who jumps off a cliff and builds their wings on the way down (in the words of Ray Bradbury).

You’ve got everything you need inside of you to use your words to affect change. And I’ve got your back (as does every other author out there!) as you do.

And if you’re not yet an “author” in the traditional wordsmith sense – it doesn’t matter. That’s right. You don’t have to be a writer yet, in order to be an author. Writing can be learned. But allowing an idea to possess you, occupy you with intention and then having the courage to act on it? That, author, is all you.

I am looking for the people who are willing to jump off creative cliffs and trust me to help them build their wings on the way down.

I am looking for the bold, the risk takers, and the daring ones.

Authors who refuse to keep their stories and ideas secret, tucked away from the world. They insist on sharing their words like their lungs insist on taking in oxygen.

Their books act as launch pads for even grander visions to drive their purpose, passions, and entrepreneurial visions of grandeur to new heights.

I am looking for authors who want more than the title “published author” or even “bestselling author” – they want their words and ideas to take flight and spread for years to come.

They believe they can have it all. And so do I.

Join a club of other creative cliff jumpers writing their books! We’ve got you.